I’ve been super curious about Nike’s latest foray into the world of branded content. And I’m loving what I’m seeing. The YouTube series directed by Tricia Brock of Girls and Walking Dead fame is called ‘Margot and Lily’ and centres around two interracial, adopted sisters who couldn’t be more different. Margot, is an energetic, goal-orientated health and fitness vlogger whose success on the small screen has come at the expense of having any real real-world friends. Lily is an unemployed, tomboy-cool-hipster girl with plenty of friends but a lack of direction in life. The two set one another a challenge which they strive to conquer throughout the eight-part series. The series is part of Nike’s “Better For It” campaign to get more women psyched about getting physical – at their own pace.

It’s great because it’s highly entertaining for the core demographic: millennial-aged women (so I guess that includes me). We know it’s a Nike series with plenty of Nike product subtly featured throughout the videos (already a fan of Lily’s activewear meets streetwear style), yet we continue to be glued to the screen because the story is relatable in so many ways. From the lazy couch potato who secretly wishes they were motivated enough to go to the gym every week (aka Me), to the fitness guru who rarely breaks a sweat from their 5km run along the beach every morning, the characters speak to everyone. The show also provides an insight into the world of do-it-yourself vloggers, as well as twenty-something girls trying to figure out their complicated lives – a template not too dissimilar to the Girls format of story-telling where nothing is too awkward to capture (minus the sex, drugs and rock n roll, this is a fitness-led campaign after all). 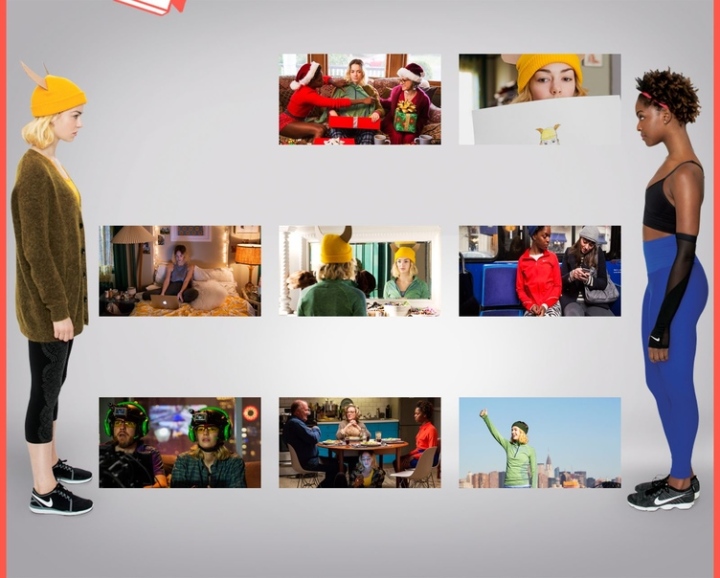 The other thing that is a feast for the eyes? The ecosystem Nike have built around the content series (urgh, I can’t believe I just used the word ecosystem in a non-environmental way #douche). But seriously, just look at some of the elements:

And if you’re feeling inspired, Nike offer female-only training sessions and events like Nike Women Week. If that’s not a strong enough call to arms, then I don’t know what is.

The million dollar question on many a corporate investor’s lips is what is the return on investment of doing branded content? The moment you ask that question, is the moment you’ve got it all wrong. The goal of branded content isn’t to flog product in hopes of seeing sales uplifts. Unlike traditional modes of advertising like TV or print, branded content is a way for giant, often faceless corporations to have a conversation with people, ‘human to human’. It gives brands an opportunity to sell an inspirational and aspirational idea/vision/story that people will connect with over time and for the long haul – branded content ain’t no quick-win tactic, the rewards come after much cultivation and experimentation.

Is it something for every brand, even the less hip ‘n happening ones? Could the likes of Stockland shopping centres undertake such a feat? I’d like to think so. As long as the story you are trying to communicate is authentic to the brand and will engage your audience on an emotional level people will pay attention.