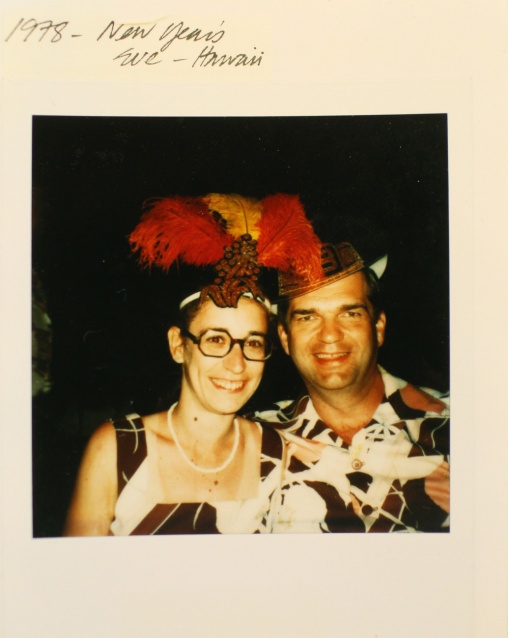 This is Donald and Nancy Featherstone.

In 1957 Donald designed those ornamental plastic flamingos you’ve probably seen stabbed into lawns across the US (kind of a big deal).
But together the couple are known for something completely different – they’ve worn the same outfit for thirty-five years.
When they first met, Donald always wore stuffy suits even during hot summer days.
So Nancy sewed him a short sleeved shirt as a gift and made herself an outfit with the excess fabric.
Thirty-five years later and Nancy continues to sew Donald’s shirts, making herself a matching get-up each time.
Now if that’s not love, I don’t know what is.
We find it funny when watching those crime shows and they say, “What was he wearing when you last saw him?” We could just point to ourselves and say, “This!” – Nancy Featherstone
x Grandma AL

Read the full article in the newly launched  Guardian Australia